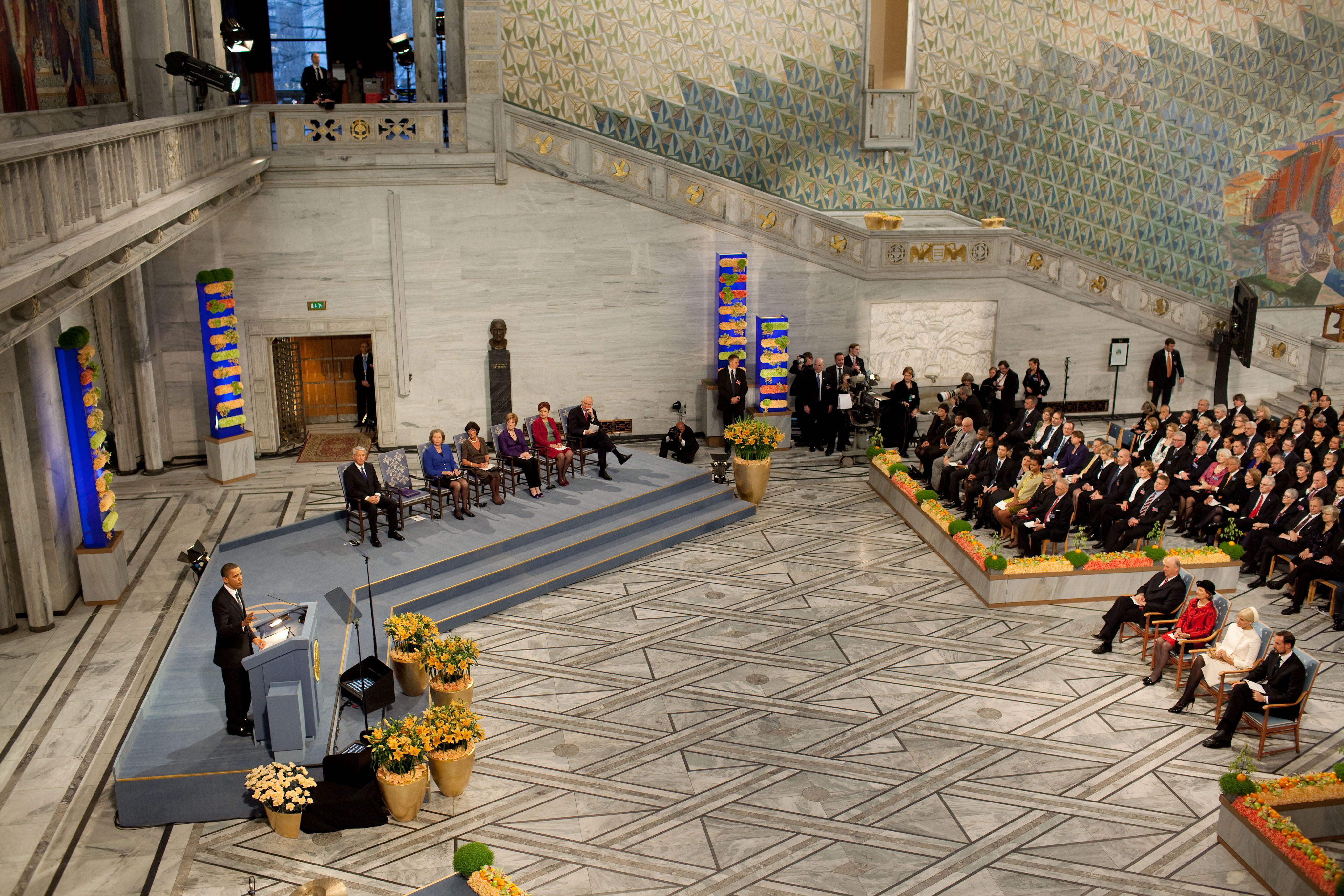 The Nobel Peace Prize is awarded in a solemn ceremony in the Oslo City Hall on Friday 10th December 2021. Seated on the podium are the Laureate, the Nobel Committee and its permanent secretary. Maintaining a tradition that goes back to 1905, the ceremony is attended by members of the Royal Family. The rows of seats behind the Royal Family are occupied by representatives of the Government, the Storting, the Corps Diplomatique and other specially invited guests.